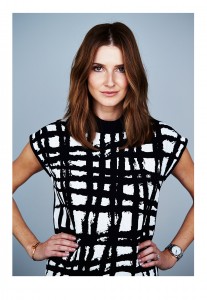 Kate is the director and founder of katewaterhouse.com. She is also a journalist, media personality, television presenter and radio talent.

Hailing from Australian racing royalty, Kate Waterhouse has grown up in the media spotlight. She is the daughter of leading thoroughbred trainer Gai Waterhouse and leading bookmaker Rob Waterhouse and her grandfather is racing legend Tommy “TJ” Smith.

Kate’s journalism career began when she was the Style Editor for the Sunday Telegraph, after which she was appointed the Fashion Editor for The Sun-Herald where she reported on the latest fashion news and current trends. For several years Kate also had her own weekly Date with Kate column, featured in The Sun-Herald where she interviewed local and international personalities of the moment, such as Kim Kardashian, Kendall and Kylie Jenner, Cameron Diaz, Miranda Kerr, Baz Luhrmann and Elle Macpherson.

After going freelance, Kate started her website katewaterhouse.com in 2013. The website has quickly become a go-to fashion destination in Australia, with Kate reporting on fashion, trends, beauty and lifestyle as well as featuring candid celebrity interviews.

Kate has also contributed works to various magazine publications and websites such as vogue.com.au, The Australian Women’s Weekly and Germany’s Vanity Fair where she had the worldwide exclusive interview with the King of Tonga during his coronation.

In 2014, Kate was one of five main cast members of the reality show Fashion Bloggers on Foxtel’s E! Channel which ran for two seasons and followed the fast-paced lives of Australia’s top independent fashion bloggers.

Kate’s other work includes being the face and presenter of Foxtel’s Lifestyle YOU channel along with regular racing, fashion and entertainment related TV segments for various networks. She has been a co-host for Brisbane’s MMM radio during the Brisbane Racing Carnivals. Kate has also worked with local and international brands, including being the David Jones racewear ambassador for six years and being the face and ambassador for Hardy Brothers’ 160th anniversary year. Kate is currently an ambassador for Lexus Australia and Gordon’s Gin. She is represented by RGM Artists Management.