Australian Women’s Weekly 20 Most Stylish Women: behind the scenes Being named as one of The Australian Women’s Weekly’s 20 most stylish women is a huge honour. I was a blown away! The judging panel including some of fashion’s biggest names including Bianca Spender, Nerida Winter and Jonathan Ward and I was honoured to be appearing alongside stylish women such as Cate Blanchett, Carla Zampatti and Crown Princess Mary.

The shoot itself included getting to play dress ups in some incredible gowns. The style director of the Australian Women’s Weekly, Mattie Cronan pulled some amazing dresses from Dolce & Gabbana, Christian Dior, Salvatore Ferragamo and while it was hard to choose, I couldn’t resist wearing the red Dolce & Gabbana dress – it was absolutely gorgeous. It had such intricate detail and the shoes were amazing. Where else but on a shoot would you get to wear shoes with a caged heart? While we tried on a whole lot of outfits, the red dress was the winning look that ended up in the magazine. 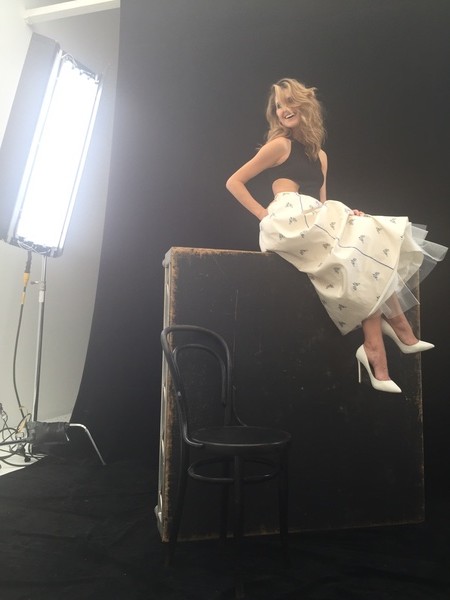 What I Wore: MBFWA Day Four

What I Wore: Gingham Girl

What I wore: black and white